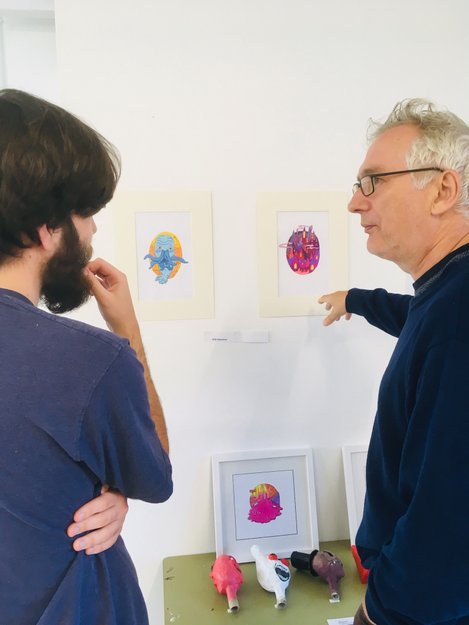 I’ve have been creatively minded as long as I can remember, I used to write short stories when I was little, all influenced by films I had seen on TV. Having grown in confidence and being older I now like to draw things from my dreams and imagination, they help me make sense of the world. They often deal with what I have witnessed and what has impacted me emotionally during the day, feelings that are often difficult to process in present time. Locations are very important and reoccurring in my dreams too and a lot of my early influences set the scenes for my illustrations. The characters that I illustrate from my dreams are very influenced from the films I’ve watched, interspersed with real memories; A nightmare before Christmas, Metropolis and Dr Seuss all weave into my past and present creations. I intend to explore more of the fuzzy side in which we confuse dreams and memories and how our modern world and the media we consume effects that. I wrote and helped direct a film which was recently shown at the BFI (British Film Institute) covering my anxiety and fears about the people I encounter when heading home at night.

Figment Arts is a Community Interest Company registered in England